[BBvideo 560,340]http://www.youtube.com/watch?v=yuSjlgjrxik&list=PLHLuvBDJCX_EU4BH4RD4KubKgQ5I6rAwN[/BBvideo] The Vaccines- Combat Sports Cheesy, poppy, corny, and not a shred of originality. But holy moly is it fun to listen to. I tracks 1-3 and 5-9 are so freakin’ fun. Everyone should hear “Take i...


_peterpwn wrote:how did you hear him saying that... he said it to the mic?

The last time I saw them play May Jay said “I’ll start when I want.. fuck you” to Adam during that same part of the song.

I think it’s a running gag between them. 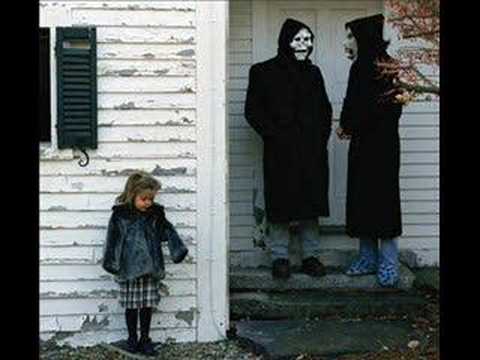 Saw Avengers yesterday, it was really cool and really fun. I’m glad it kept “that” part of it from the comic story. Action was very cool. Story was good. Thanos was interesting. Having said all that if you aren’t already a fan of these movies this one isn’t going to change your mind. The only 3 comi...

But that looks better than the actual cover...

Well here is my two cents: Heard it last Friday when it came out and I was... whelmed. It wasn’t bad or anything but it did nothing for me. I did think that ol’ May Jay sounds really good. So I didn’t hear it again until yesterday and I did like it more, there are a few pretty cool moments. I like t...

Damn. Absolution is so good too.

Their last album was ehh but damn do they have cool album covers.

Bill Hilly wrote:Good to see ToolArchive posting on the boards. Also, I was just wondering where Ravenpig had disappeared to. Glad to see that I am imagining things. Good interview. Such a cool dynamic with Lars and May May.

The first minute and a half he straight up says he plans everything around what is going on with the Tool gang.

Crazy to me that people think he isn’t all that jazzed about them.

Holy fucking shit, what a fucking album! I halfarsed listening to the live tracks and songs released thus far as I prefer to sit and listen to an entire album. This deserves its place as a third proper APC record, it sits perfectly with the other two within evolution of sound yet still sounding lik...

I barely saw Last Jedi today, what is the problem that people have with it? Maybe it’s cause I’m not a hardcore fan or anywhere near it but I thought it was pretty good.

UndKeineZwEier wrote:It usually goes Album Title - Band. Not the other way around. I thought you were talking about the Japanese band Ruins.

tys0n wrote:I'll never understand people who don't like being confused, not to be mean but it's probably because it reminds them of their real lives and situations.

I spent like 90% of season 1 confused out my mind and it was awesome.

Holy guacamole this is some marvelous music!

The songs released so far point to an eh ok record. I very much hope I’m wrong.

Sent from my LG-H910 using Tapatalk

It’s probably from that fire from years ago...Blair was telling the truth!!

Was Skwissgar in there with them??
Search found 3787 matches