I think this is probably worth of it's own thread - Lateralus 20th anniversary is this Saturday the 15th of May. Feel free to post your reflections on this album here!

Also, here's a nice new interview with Justin about the writing/recording of the album:

Thanks for posting that interview!
Top

A worthy thread for sure. From start to almost finished, i liked this album immediately. Its often said albums grow on you, which is true but when it doesnt even take that and its awesome from the first time you hear it, that says something else. Triad sounds weird on it but other then that its an unbelievably tight album. They really gel'd well on this one more then ever. it hadn't hit me till this thread but its kinda a big deal to think back 20 years ago, first hearing this one. The peak for Tool, imo.

Thanks for that interview too! didnt know about that one yet.
Top

When this came out I was a junior in high school and had never heard of Tool. I remember thinking the radio singles were kind of interesting and different than other music I would hear on corporate rock radio stations, but I didn't really "get it". I became a fan a few years later when my dormmate was on a Tool kick.
Top

Great read and interview. It's always nice to hear from Justin, who may be the most well spoken and polite of the 4, but who we hear the least from.

I think I'd probably be in the majority if I said that Lateralus is the high-water mark of Tool's career so far. It may not be your personal favorite (mine is Ænima because it got me into Tool and it just is amazing), but from start to finish the album flows flawlessly and explores themes that everyone can relate to or wants to relate to. You are bigger than yourself, what you experience today won't matter 100 years from now, you can change, pain is temporary, and to push yourself to explore more of yourself and your word. This is of course just my humble opinion, but this album was so great to see the band move out of the anger and angst and into a more mature form. An album that wasn't about being angry or pissed off, but made you reflect on yourself and the world, it couldn't have come at a better time. I think it separated Tool from being just another great prog metal whatever band and into something you were excited and proud to be a part of. Like the article says, Tool became their own genre with Lateralus and we are all still trying to define that genre today because of it.
Falling isn't flying
Floating isn't infinite
Top

Interesting that Parabola was floating around from the Aenima sessions, didn't know that
Canned audience laughter
Top

A mate was working back dock at Big W at the time and racked it for me a few days before release date. I downloaded the Parabola video from DC++ which from memory came out like a day before they played Boondall where they payed the video during intermission. Fuck that was a great concert and time in my life. Lateralus is definitely their best album but I'll forever flip/flop between it and Ænima as my favourite.
Top

I don't really think this is anything other than speculation, but from Reddit:

Been waiting for the new album impatiently since Aenima came out in 1996.
Got the album on the release date back in 2001, listened in the night... that was quite intense. My mind exploded.
Misprinted copy with "Lateralis" instead of "Lateralus" in the tracklist. Btw, favourite Tool song ever, hands down.
Fuck, I'm old.
Keep going.
- You like noisy music?
- Yes. The louder the better. Stops me from thinking.
- You don't like to think? What do you like?
- Never thought about it.
Top

Just listened to the album tonight, and it still rocks. \m/
So Long, and Thanks for All the Tool.
Top

Listening right now
Ticks and Leeches
Suuuuuuuuuuck
\[T]/
- You like noisy music?
- Yes. The louder the better. Stops me from thinking.
- You don't like to think? What do you like?
- Never thought about it.
Top

thats kind of funny. A lot of people are dropping some coin right now on Cam Deleons new website, in case anyone is interested check it out. Hes back selling stuff. One day before the anni for Lateralus, haha. Maybe no one will have cash for those leftover 25 come tomorrow if its true... oh geeze.
Top 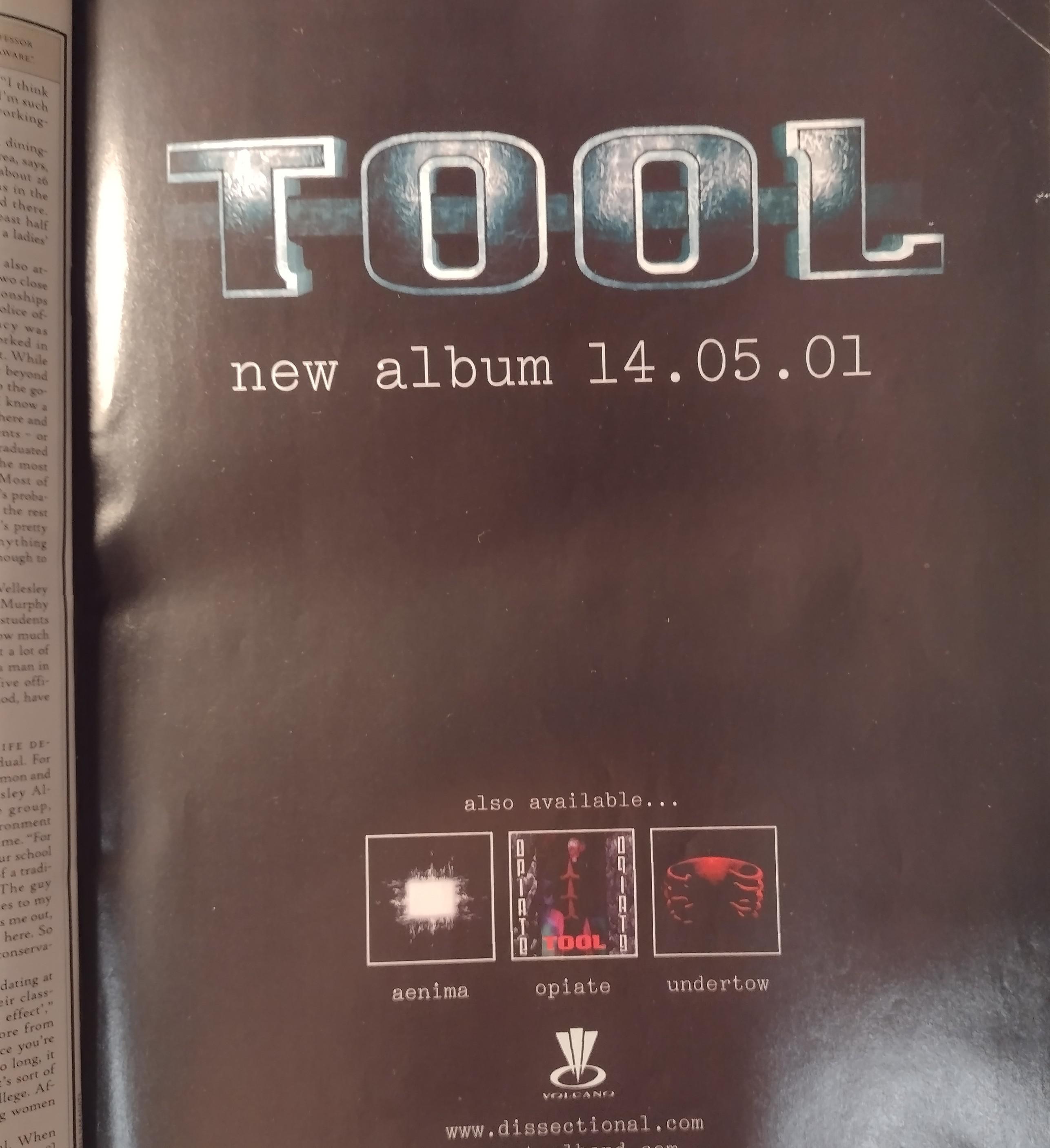 the 14th ? i thought it was the 15th ? come to think of it, im pretty sure it was the 17th it was released in NA. or wait, maybe that was 10k. im confused now. the 15th was a Thursday back in 2001. I got it the second the store opened too, in my old work truck. i was working in Niagara Falls that day and took a little detour for 10 am and got into for the rest of the day, between stops. guess i should be listening to this about now.
Top

Anyway, this thread made me think about the possibility of TOOL releasing a 30th anniversary of Opiate on March 10th next year, 2022. They obviously did the extended version of the song Opiate on tour back in 2015 to 2017 and there's always been talk of an Opiate video. There's also the new cover pic: I know they did the 21st anniversary thing back in 2013 but hopefully something is coming...
Top

Feel old yet?
- You like noisy music?
- Yes. The louder the better. Stops me from thinking.
- You don't like to think? What do you like?
- Never thought about it.
Top

The 15th (a Tuesday according to Google) seems to be the accepted release date, at least for North America. I seem to recall it being available in stores here in Adelaide from the prior Saturday onwards - I'm pretty sure I picked up mine Sunday morning
Top

Cant testify for lateralus but I remember picking up 10K days on release date Saturday. That used to be our cd release date back around 2004 -2010 or so , so was probs like that for lateralus days too
Listen to All Them Witches
Top

I ordered 10k Days via an online store and had it delivered, so no idea what day of the week that actually got released!

Albums used to get released on Fridays/Saturdays here in the 90s/00s, until everything mostly aligned to Fridays in 2015:

not that it overly matters but back in 2001 May 15th was a Thursday. i dont remember music being sold on a Thurs but i remember it being on a Tuesday too. i suppose the internet may or may not have had something to do with that in 2001. I didnt have a computer till the fall of that year so thats not really why for me, just cant remember!

my cousins friend worked at a record store when 10k came out. A week before the release date he gave my cousin a copy of the cd to look at but without the DISC :S he was kinda a wanker anyway and ended up selling a pair of tickets he got in 2006 for the mini tour show in toronto. He was going to trade them for the ones i had that were still good seats but the 618 U.S he sold them for on ebay was more appealing and he obviously changed his mind telling my cousin he'd switch. f him! never liked that guy too much anyway. sweet memories!
Top

Wow that is cool.
I know the pieces fit, I studied the numbers in Southern France.
Top

This used to be a meme. Now this is literally what I look like. 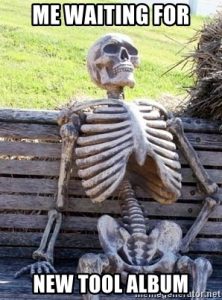 I know the pieces fit, I studied the numbers in Southern France.
Top
Post Reply
22 posts • Page 1 of 1