Found this interesting:
Angel number 7 is a spiritual prime, which makes it a constituent building block. But it is also an “insulator” because it cannot be divided with, or by, negative influences. For this reason, the power of this number can be used to build strong, positive, spiritual vectors in your life.
A person or group which is used or controlled, usually unwittingly, by another person or group.
Top

Also: Seven Seals in the biblical Book of Revelation
A person or group which is used or controlled, usually unwittingly, by another person or group.
Top 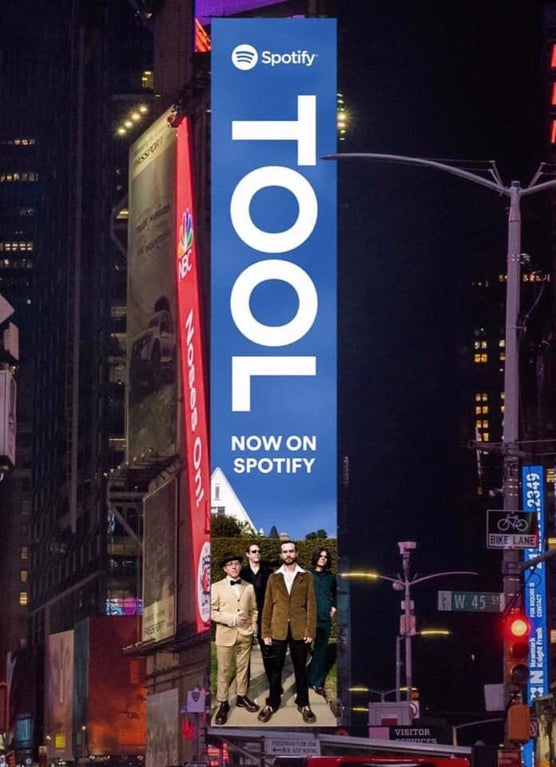 7 seconds away just as long as I stay
Top

Today (Aug. 2) is a monumental day for Tool fans, as the band’s entire discography has, for the first time, become available on streaming and digital services. Proving just how important the move was, all five albums (including the Opiate EP) have entered the iTunes Top 10, while various songs cracked the iTunes Top 10 Songs chart.

Regardless, Tool’s discography is crushing. Ænima currently sits at No. 2 on the iTunes Top Albums charts, second only to Drake’s Care Package. Lateralus is at No. 4, 10,000 Days is right behind it at No. 5, and Undertow is next at No. 6. As for Opiate, the debut Tool EP is currently No. 8.

As for iTunes’ Top Songs, “Sober” is the No. 2 song in the world, trailing only Ariana Grande’s “Boyfriend.” “Sober” is even beating Lil Nas X’s “Old Town Road,” which recently became the longest-running No. 1 single of all time.

https://loudwire.com/tool-itunes-top-10-albums-songs/
- You like noisy music?
- Yes. The louder the better. Stops me from thinking.
- You don't like to think? What do you like?
- Never thought about it.
Top

"She's a very charming and delightful creature, and has only one fault that I know of. It happens, unfortunately, that that single blemish is a want of taste. She don't like me."
Top

Sober is 24 on the itunes charts worldwide, Schism 26 etc..

https://kworb.net/ww/
I forgot my pen
Top

The juxtaposition between TooL and Beiber is stark. I didn't watch all of that clip but long enough to give a groaning smile.
"She's a very charming and delightful creature, and has only one fault that I know of. It happens, unfortunately, that that single blemish is a want of taste. She don't like me."
Top

Seven!
Also on tool tabs.net there was a section called “Seventh side”.. cool coincidence.
Top

What a crazy week, years of zero news and this week we get more news than we got in a decade.
I forgot my pen
Top

Busty McCracken wrote: ↑
Fri Aug 02, 2019 6:14 am
I remember before reflection started after disposition Justin's bass literally hitting me in the face. The sound wave could be felt. Others around me and myself had that holy shit what was that moment when it happened. Good times

Do you also remember how good Danny's bass drum sounded at the start of Eulogy? Shook the entire building!

Considering how good your memory is I say well played and fuck you at the same time!

Listen to All Them Witches
Top

Seven deadly sins is too obvious.

Maybe after naming their last album 10,000 Days another album accentuating a number didn't quite fit.

I reckon Maynard's got something deep behind naming it FEAR INOCULUM; some sort of theme somehow
.
But here's a thought: is FEAR meant to be considered a verb here, rather than a noun? Instead of interpreting Fear Inoculum as another way of saying "anti-anxiety medication" or vaccination, are we meant to fearing some sort of inoculation? One of the reasons I love his word play is the song Reflection, a title that can be interpreted as the moon reflecting the suns rays as being a metaphor in that song for something related to our egos but also just the act of reflection itself when considering the past etc.

Are we meant to be fearing a cure here? I reckon he's deliberately named this new album so they title is open to multiple interpretations.
Top

The only thing to Fear is fear itself. Some famous guy once said that...
A person or group which is used or controlled, usually unwittingly, by another person or group.
Top

Yeah it's surreal to see TOOL songs mixed in with a list of Bieber and Sheeran songs. They are breaking the facade of modern music..
"That's what you get when you argue with children..." -Tyson
Top

So we're talking about the longest Tool record to date and the same number of proper tracks (arguably) as the last couple albums. My word. Best part of article is calling it indulgent. Please and thank you. Let's go!!
Top

So apparently 7 full length songs and 2 "musical segues" adding up to 9 tracks and 85 minutes of music.

I won't post the Guitar Word or Revolver snippets but I like what I've read so far.
Top 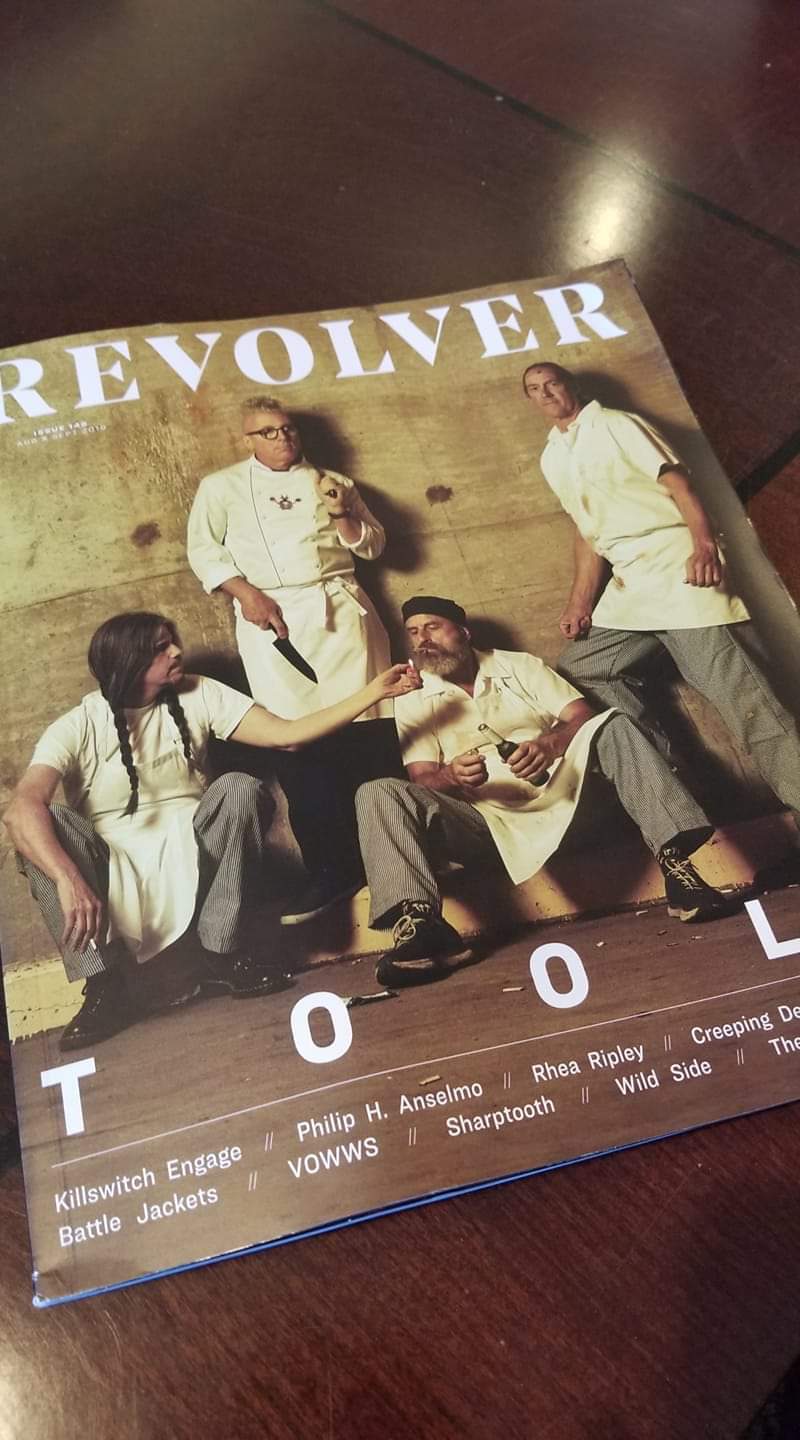 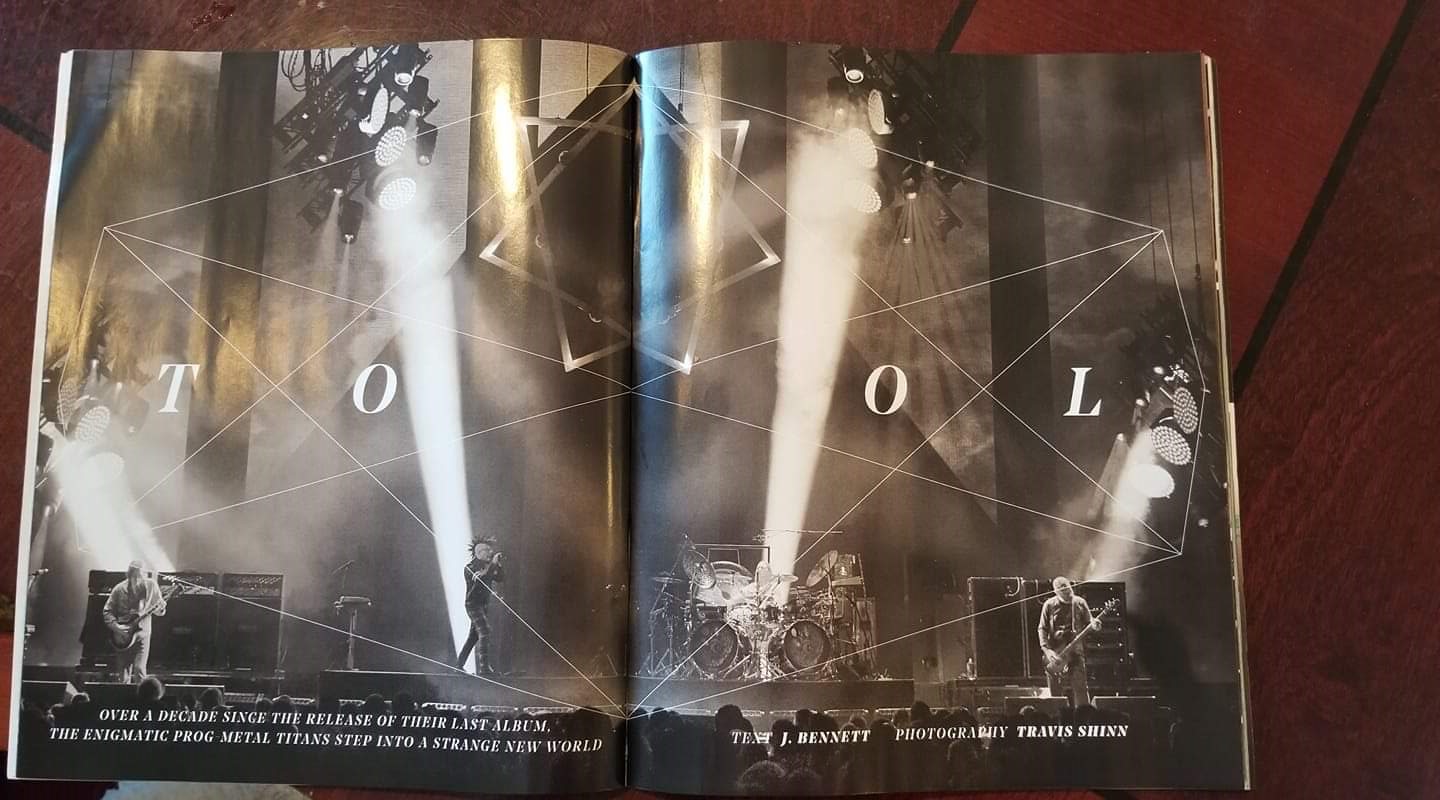 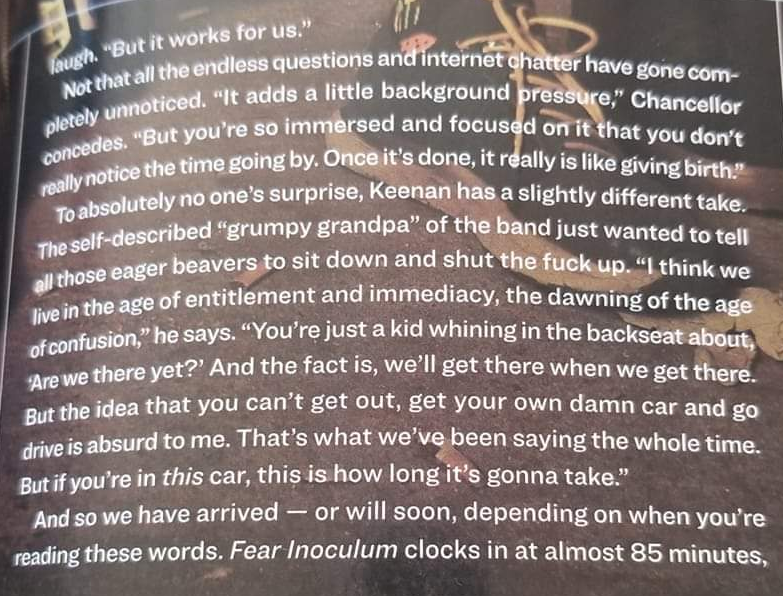 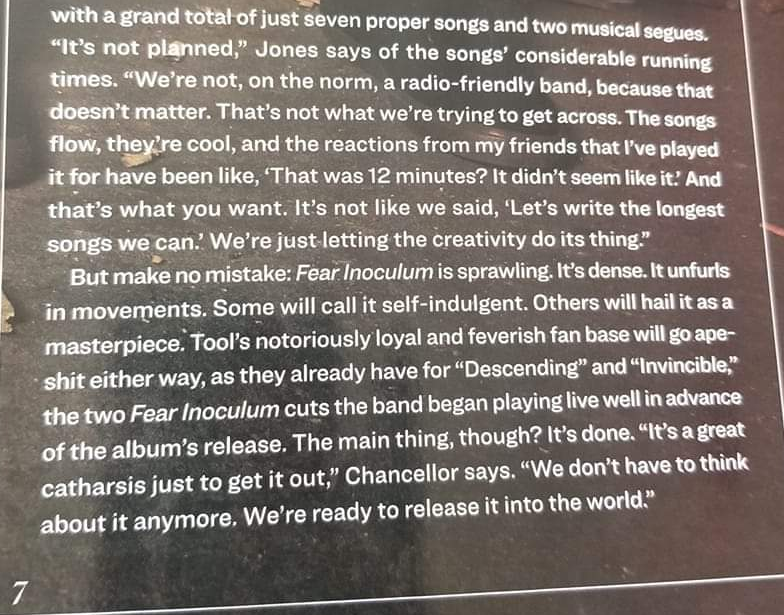 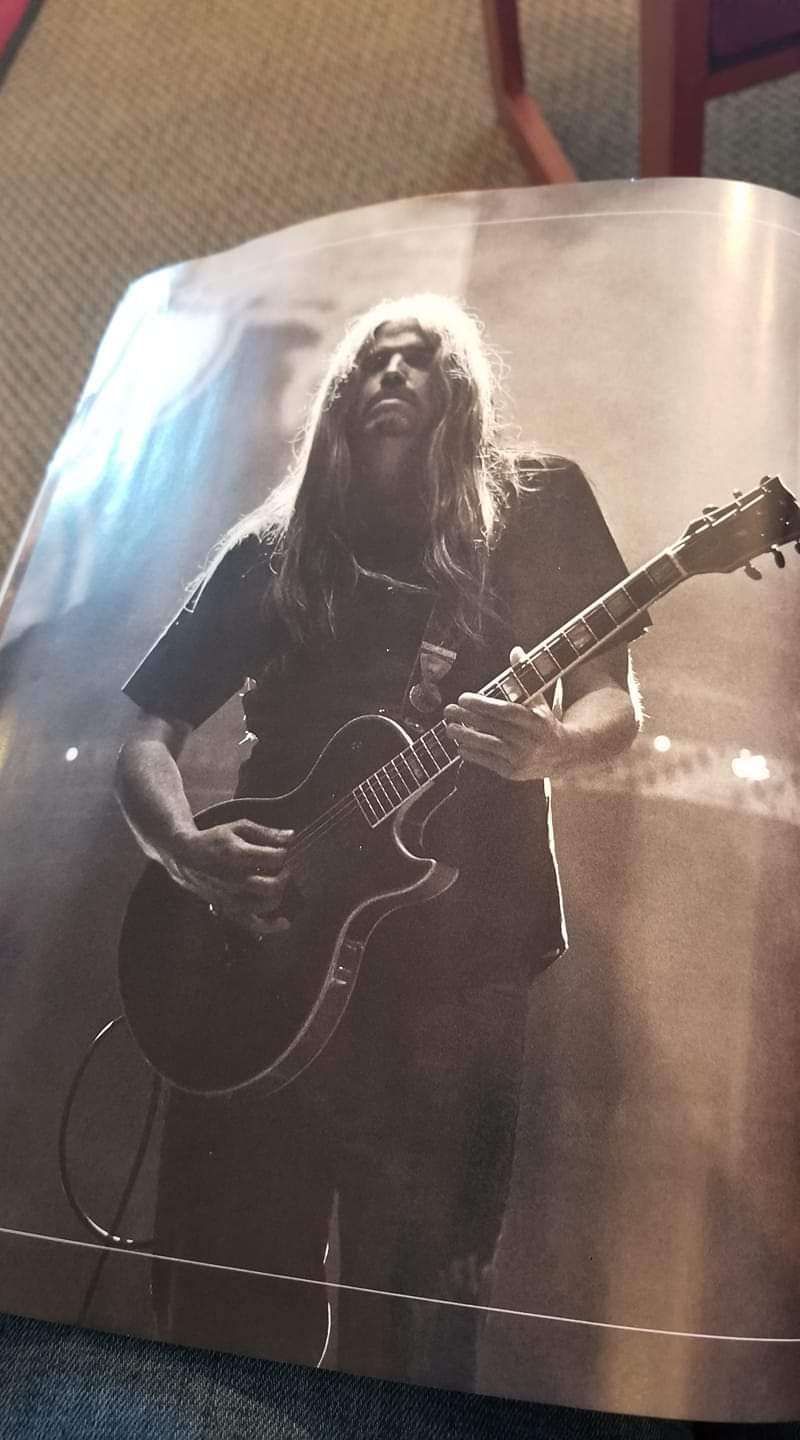 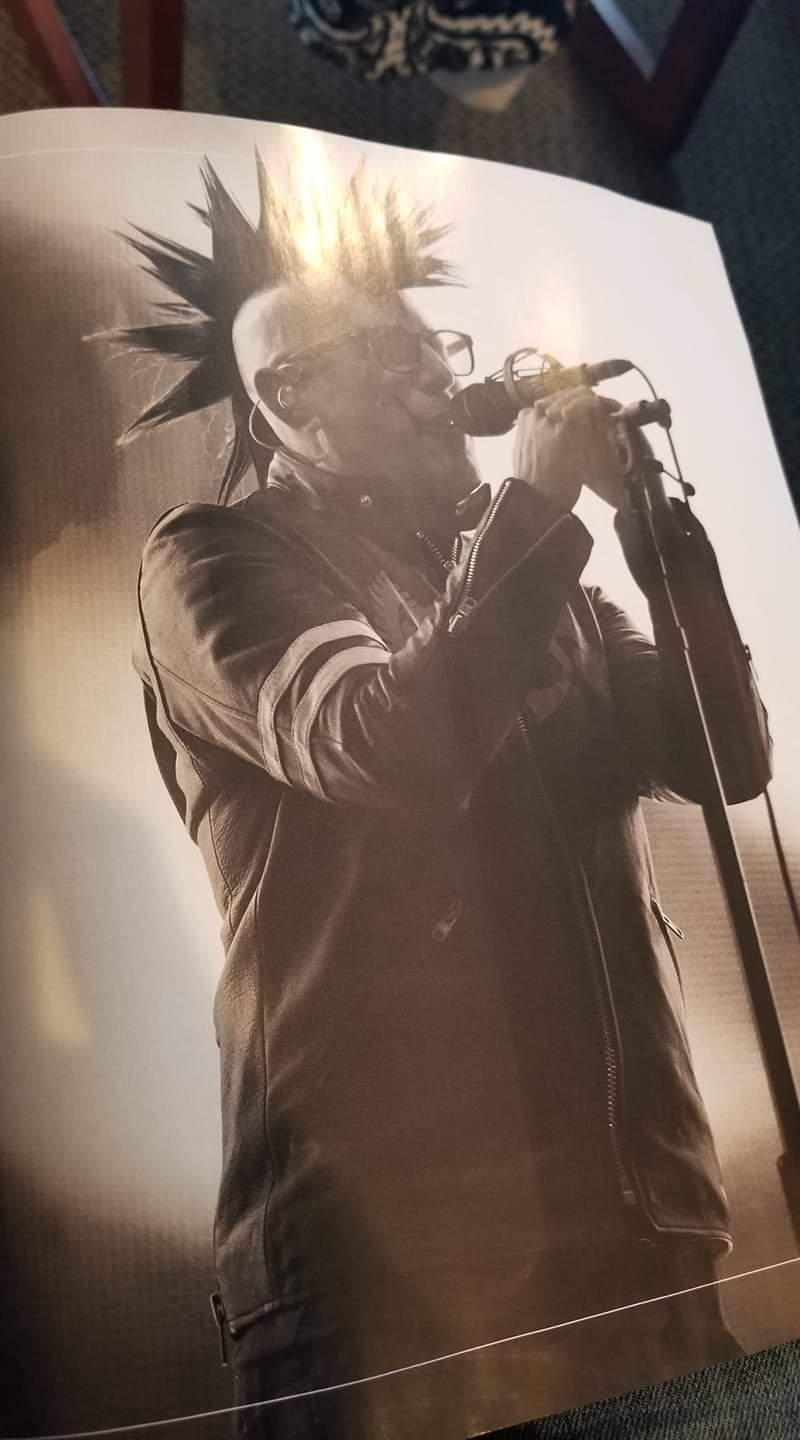 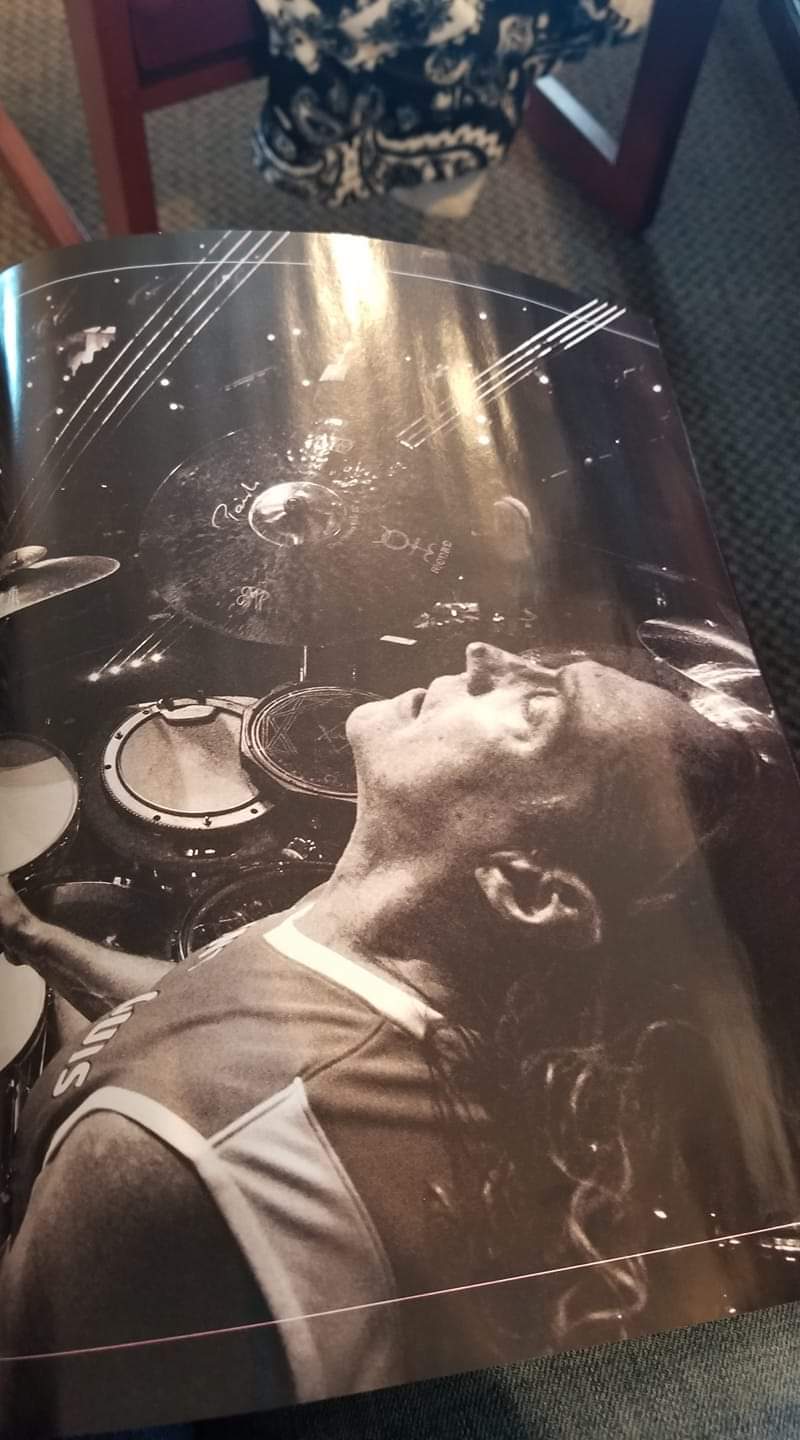 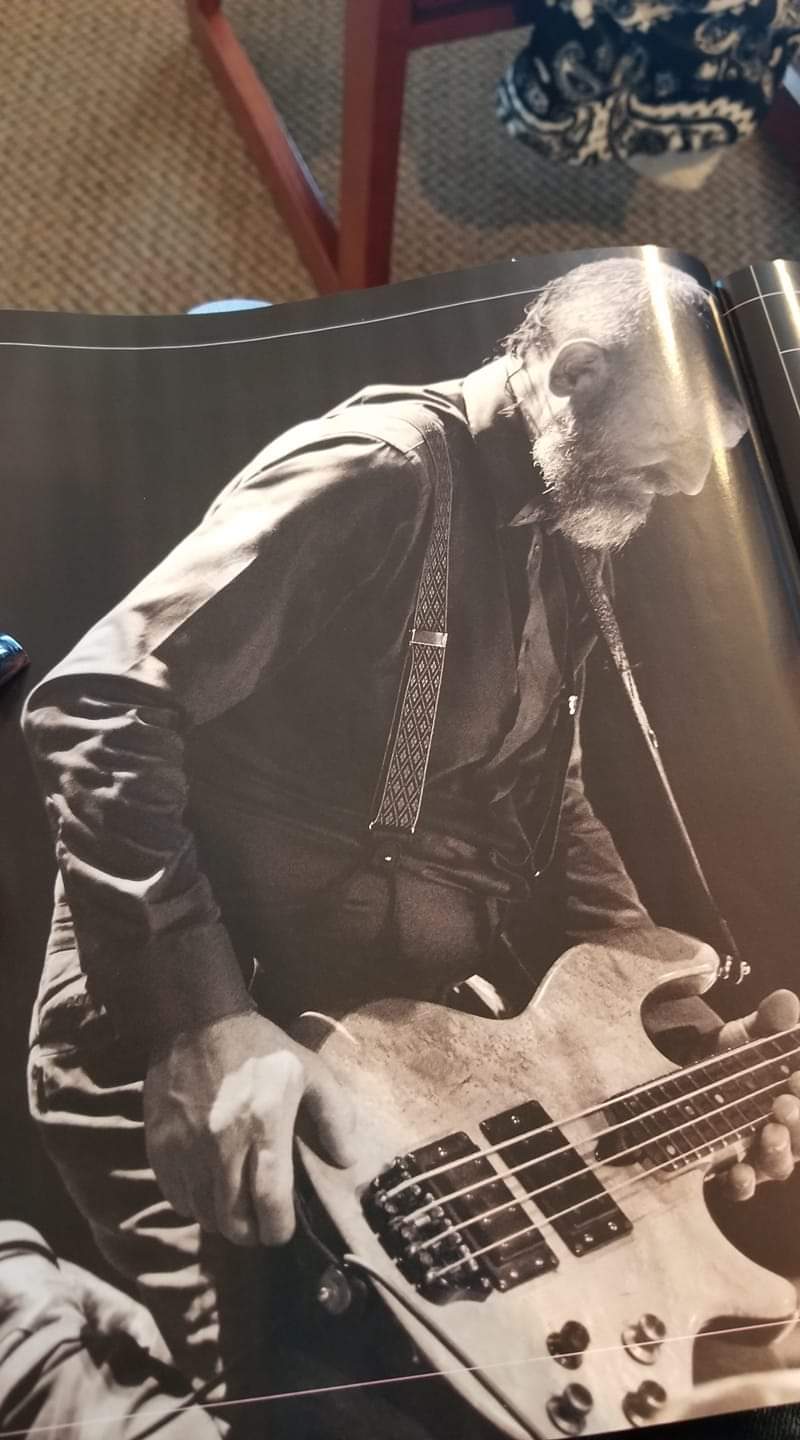 Been a long time since this place has blown up, glad to see people excited as the new album inches inevitably closer.
also, Avatar!
Top

a tool meat robot ? was that thing they had during shows in 98 ? i recall a video from Seattle 98 im pretty sure they had that thing in the back. i don think they used it very often or possibly even that one time. it wasnt that good really.

he is posting props from tool videos along with Bill Manspeaker showing pictures of the loft show from 91 he recorded video of and said stay tuned like hes going to show the video or something. maybe it will end up on tools youtube channel? more is happening i think and these are little hints.