I took a couple of Live pics here and there, because I'm a rebel. Here's one.

Thanks for sharing, Salvador Dali, you are a hero.
- You like noisy music?
- Yes. The louder the better. Stops me from thinking.
- You don't like to think? What do you like?
- Never thought about it.
Top

Great meeting you also kittaan!!! Finally made it to a place that has decent 4G coverage in San Bernadinho. SJ was a really good show actually the first Tool show that I sat for the entire thing. I kept waiting to stand but never had to which was fine. Sound was mostly great for such a large venue.

Sitting at a rock concert should be a crime... JK glad you guys had a great show!
Top

MobileVortex wrote:Sitting at a rock concert should be a crime... JK glad you guys had a great show!

I thought the same thing... I couldn't believe that I was sitting but it was a nice change of pace.

lachrymologist wrote: I thought the same thing... I couldn't believe that I was sitting but it was a nice change of pace.

Sent from my SM-G955U using Tapatalk

With as many shows you are going to, you earned just this one time sitting.
Top

rgardjr wrote:Took a picture of the Gorge poster before I put it away. Not a fan of how easily the gloss black background of this poster scratches and holds onto finger prints.

I must be blind...but when did tool become a three piece?

Also thanks for the running reviews/updates to those attending this tour. I think we've all got our fingers crossed for something big this this weekend...but I really doubt we'll get much more than a few guests on stage for a cover...which to be honest would be fuckn sick.

Have a wicked time to all those attending...its already Saturday here so seems like an even longer wait before I see the set.
Top

264zn wrote:I must be blind...but when did tool become a three piece?

Adam's signature is there it blends in with the left bugs.
Top

Poster for San Bernadino looks sick in person. Merch booth at the top of the lawn still had signed posters available. 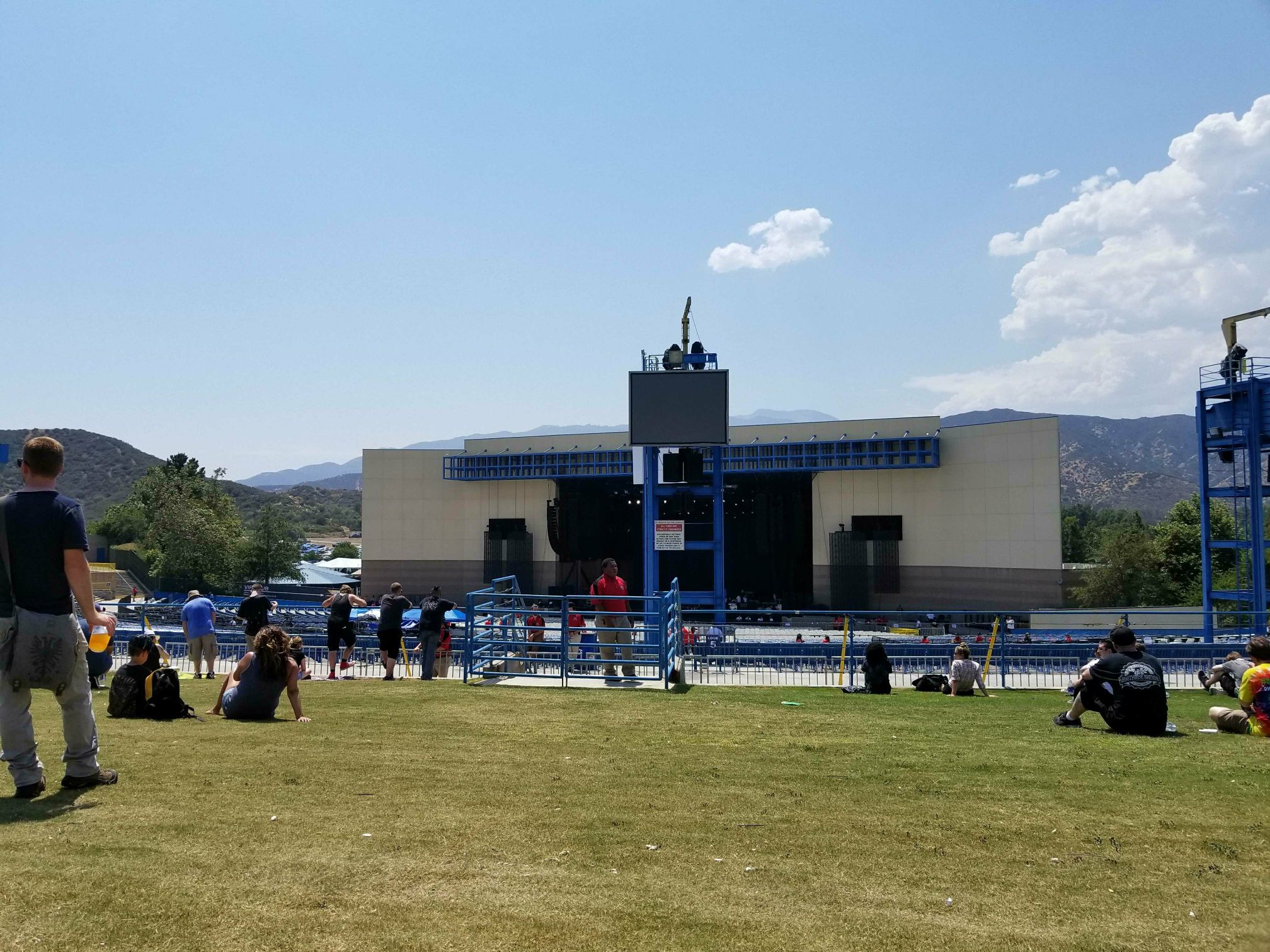 San Bernadino got Vicarious and The Pot. That's it lol.
Top

We also got an epic traffic jam. Cars haven't moved in 2 hours.

such an awesome day! So many good bands and the guys freaking killed it! Was good chillin and saying hi to you nxrm, thanks for the bandanna and can't wait to do it again! Spiral out for tonight!
Top

Not even any guest spots (during the Tool set or otherwise)?
Top

Jesus, these guys are the kings of the letdown
Top

I'm extremely surprised they didn't do any surprises... I guess the things Adam referred to "being up their sleeves" stayed there

I'd like to think we've learned not to expect anything out of the ordinary but then you had Adam saying they had something up their sleeve and wanted to surprise the hometown crowd then you had Justin saying it's gonna be their biggest show on the tour...but the joke's on us, I guess. They had Claypool, Alexander, Patton, Buzzo, Dale, and Lombardo all in the same building and they couldn't even be bothered to ask them to fuck around on stage together for a couple minutes. These dudes don't even try any more.
Top

The San Bernardino event was epic. Checked my expectations at the door and just enjoyed the day. Lots of cool people and incredible music. Tool and crew were on point. Just a seriously mind-blowing night.

Great to meet you as well azbay! Thanks for making the effort to come and find me. Sorry if I was a bit zoned out. I'll blame the heat and sun.

Bummed I didn't get to meet up with Lacrymologist and The Chill, but I know they were enjoying their box seats! Next time fellas!

Also, I hope Gamebounty enjoyed the show, as it was his first time seeing Tool.
Last edited by nxrm on Sun Jun 25, 2017 9:48 pm, edited 1 time in total.
So Long, and Thanks for All the Tool.
Top

Any cameras noticeable? Maybe filmed as part of a salival live release or just adam being a liar again.
Listen to All Them Witches
Top

For those that went- how was lawn GA turnout? Easy to find a spot close up or mostly a pain in the ass to get a decent view?
Generic triangle avatar lives on.
Top

I'll never understand complaining about a show you didn't go to.

Yeah, that pretty much screams out "entitled"

As a point of order, Adam didn't actually say that anything special would happen. The author of the article writes:


The show does have an earlier start time, kicking off at around 2 p.m. to accommodate the eclectic mix of performances and Jones did note that, of course, Tool does have a couple of things up its sleeves to share exclusively with its hometown crowd.

but Adam doesn't really say anything to support that claim. For the most part I expect these "exclusives" were just the support acts.


“We’re a band that has always tried to do something different the next time we come to town,”

Firstly, let's not pretend like this is ever really a thing. Anyone expecting more than a song to be swapped out of the setlist hasn't been paying attention to setlists over the last 10 years.

Secondly, Tool actually played a longer set than normal in San Bern., and compared to the set from when they last played LA (which seems to be back in 2010) they are quite different.
Top

^set mirrors the 2 night San Diego shows in 2016 swapping out No Quarter for 3rd eye (of course minus The Pot too) being the most recent Southern California show before San Bernardino. But if you're comparing L.A. to L.A. I can see that,I just think most lump anything below Mountain View CA. to be an "L.A." show regardless... goes without saying seems like people as always wanted to hype this up way more than what it was going to be. I'm with nxrm in that I left any preconceived notions at the door and just took the ride that they had in stored, and honestly I was not let down one bit!
Top

azbay wrote: I'm with nxrm in that I left any preconceived notions at the door and just took the ride that they had in stored, and honestly I was not let down one bit!

That's the best way to go in. Too many on Reddit with outlandish expectations of new albums/songs being played, and bulk changes to setlists, and then complain when they don't eventuate. It's almost like the last 10 years of setlist "evolution" hasn't happened.
Top
Post Reply
525 posts