DISCLAIMER: THE FOLLOWING LINK WILL START YOU AT TRACK 4 ENSURE YOU CLICK TRACK 1 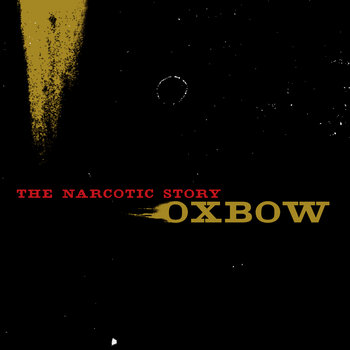 Quite interesting so far.

Man this world is cool.
O love will you read the letters I will send to you.
Top

An album I'm already quite familiar with - it's an excellent choice. I will take another listen to it tomorrow and post a review.
Top

Started off . . . odd. Didn't really improve on that at any point for more than a few bars.

"Time, Gentlemen, Time" is where it started to get me. The next track wasn't too bad either, but a serious problem was starting to emerge: The fucking vocalist.

I'm not a big fan of listening to really good music with shitty-sounding vocalists. If you're just going to snarl, snort, scream, chat, and generally just do anything besides actual singing, then - well, that's cool for you, I guess. No need to ruin the instruments, though.

My issue was amplified by "She's a Find". Dude really DOES try to sing - but I get the sense he's not taking it very seriously, because he sounds fucking stupid. The song dragged on for entirely too long. It probably would've held my interest, if the singer had shut the fuck up.

By the time I had got to the sixth track, I wanted to go away and do other things. I nearly did, but it's Tyson, and he's my homeboi.

Kind of wish I'd had, though. Yet another track of irritating vocals, and fairly derivative music.

The last three were a REAL struggle. My eyes started to glaze over, and the dude's voice was literally starting to make me feel ill. Lots of cringing. Lots and lots.

I could go so far to say that that was a terrible album. But it wasn't.

Obviously, I wasn't a fan of the vocals. However, the musicianship was very accomplished, albeit a little "meh" in some parts. I can see 25 year old Crow loving this shit, if only because it has a different dynamic to a lot of other stuff I was listening to. At this age, though, I look for something a little more refined.

Or maybe "avant garde" just isn't for me. Which is fine.

So, in summary: I think this was an OK album - but I didn't like it at all.

Combining those two ideas, I'll give it a 5/10. Will never listen to it again.

Thanks for sharing, brother! It was good to get out of my comfort zone.
O love will you read the letters I will send to you.
Top

I shall give it no score nor post a blow by blow, but I don't spend my time taking pictures either. I really enjoyed it. I'd never heard them before and I'd like to go to a gig. I didn't vote last time because truly I liked neither. I will this go around.

"She's a very charming and delightful creature, and has only one fault that I know of. It happens, unfortunately, that that single blemish is a want of taste. She don't like me."
Top

Ok, listening to this album now.

The Boos talks about the vocals in his review. I quite like them for a couple of reasons. Firstly it reminds me of The Jesus Lizard and David Yow's manic style of vocals. In fact the band in general has many similarities with the JL.

Secondly, I think it fits the "story" that the album is trying to tell. I wouldn't expect someone telling a story about narcotics to be especially coherent. The work needs to be viewed more as manic monologue rather than a melodic album of hits.

As far as the songs and writing goes, the album is well performed, with a range of different musical styles employed throughout. Personally, I think it's an album that lends itself to repeat listening, as it reveals more and more every time.

Overall, I think it's a strong album, though in fairness not one I listen to on a regular basis. The band is definitely on my "to see live" list.

First thought: You are pretty much a sorry, depressed lot, aren't you? Or maybe you are just so happy that you need to listen to seriously depressing shit just to maintain?

Anyway, this was much less of a chore to get through than Crow's pick. I have to admit that I was somewhat influenced by HB's review as I did not do any looking into background on these picks, just listening to the music. However, his point about "telling a story about narcotics" rings true, and softened my opinion about the somewhat inaccessible vocals (in parts). The music was fairly interesting and engaging, as well as varied.

So far, you have not even come close to your CBP pick of long ago, but IMO you have clearly won this round with Crow. Calling it now. I don't need no steeenking poll.
Ki77aan

Kittaan wrote:So far, you have not even come close to your CBP pick of long ago,

Although we have agree to disagree on others not coming close, that BT album sits nicely next to it as a 10/10.

Also this album gets a 9 from me, it's a piece of art in itself, I love the way, just like A Love of Shared Disasters, it takes you on a journey, albeit a very different one.
An actual fun forum
Top

Kittaan wrote:So far, you have not even come close to your CBP pick of long ago,

Although we have agree to disagree on others not coming close, that BT album sits nicely next to it as a 10/10.

Also this album gets a 9 from me, it's a piece of art in itself, I love the way, just like A Love of Shared Disasters, it takes you on a journey, albeit a very different one.

LOL, who would've thought that in a popularity contest, Tyson would win.
O love will you read the letters I will send to you.
Top

I did.
An actual fun forum
Top

Interesting. I can see myself listening to this during quieter, more reflective moments. I'll listen at least one more time before giving a final review / score......

Never heard heard of them / him or whoever it is. But yes....interested enough to give it a second listen.

At times it reminds me musically of Slint. In a weird sort of way. I think it's the drumming.....
People like me just want to watch the world burn.
Top

Definitely similar to Slint in my opinion.
Top

Well, not a horrible pick but as others have pointed out, the guys voice is a tough one to get accustomed to. The music is decent and I could probably listen to it again if I could delete the voice track!
Haha.
Thanks for the listen.
Professor of Lesbian Science
Top

That was interesting. While I didn't like the dude's voice, it never really bothered me. Most of the time it felt more like another instrument rather than the lead. The music is pretty solid all the way through.