Everyone loves sport. If you don't you're a loser!
Post Reply
187 posts

was watching UFC on Fox last night, Jose Aldo is OUT for the PPV. fucking guy got hurt. now they need a headliner and I have it. one week after you have Lawlor vs. Brown on Fox Fight night, which is a travesty. just bump them up one week and boom you have a better fight than originally planned.
Asteroids do not concern me, Admiral. I want that ship, not excuses.
Top

if you're not busy on Saturday July 26th, put on Fox Sports 1. this is a FREE FIGHT. and it's a shame that it's not on PPV. this is going to shake the fucking ground we walk on.

Lawlor vs Brown. epic showdown for a shot at the UFC Welterweight belt. wow.

[BBvideo 560,340][/BBvideo]
Asteroids do not concern me, Admiral. I want that ship, not excuses.
Top

[BBvideo 560,340][/BBvideo]
Asteroids do not concern me, Admiral. I want that ship, not excuses.
Top

Lawler is a cocky fucker isn't he? Gotta love that shit. That brawl is going to be boss!
Top

BlackHole83 wrote:Lawler is a cocky fucker isn't he? Gotta love that shit. That brawl is going to be boss!

yeah, definitely not an "MMA competition". it's just going to be a straight up brawl lol.
Asteroids do not concern me, Admiral. I want that ship, not excuses.
Top

okay so there is plenty of news going around. Gustafsson gets hurt (damn!!

) and DC is gifted what he's been clamoring for, a fight w/ Jonny Bones Jones on September 27th. Belfort was cleared so it's Chris Weidman vs Vitor Belfort in December, under card is Gilbert Melendez vs Anthony "Showtime" Pettis. wow.

full updated card on September 27th is AMAZING: Jon Jones vs DC for the belt, Dominick Cruz is back vs Mizugaki, Tim Kennedy vs Yoel Romero, Cat Zingano is fighting, Poirier vs McGregor (wow), Doomsday vs Ebersole and Cote vs Stephen Thompson. now THAT's a stacked card.

tonight is free on Fox for all you guys that don't really watch the UFC. headline fight will be a barn burner.
Asteroids do not concern me, Admiral. I want that ship, not excuses.
Top

DC vs Bones? Fuck man that is going to be a lovely fight. I thought he could have had another fight or two under his belt, but he is hungry man. DC all the way!!
Top

Lawler is a beast. You cannot take anything away from brown though. He fought his heart out, and showed his warrior spirit by not giving up and he kept pressing al the way to the end. Impressive fight. I'd like to see Hendricks take Lawler to the ground. I hadn't seen much of Lawler before their first fight, and he loves to stay on his feet, but I am interested in seeing his ground and pound.

my pops: "did you see that guys brain move?!" hahaha. his reaction to Little Nog getting knocked out was classic dad stuff. Lawlor vs Brown was hyped up and did not disappoint, I think Hendricks loses the belt to "Ruthless". I was upset to see Clay tap out but the fact it was a local guy choking him out made me proud. the Thompson fight was somewhat disappointing, a whole lot of nothing, am I right?

Anthony "Rumble" Johnson is probably the scariest blackman in a combat sport since 80's Mike Tyson. I mean jesus christ, what the fuck is Jon Jones, Gustaffson, DC & Glover going to do with this monster? maybe if they all team up like the Sinister Six they can get a close decision. they should have a handicap match like in the WWE.

the Fox shows are such top level and highly anticipated, maybe even more than some PPV's nowadays. UFC is doing it so big right now. I'm really looking forward to Pearson vs Trujilo in two weeks. another free Fox night I might add. then on the 23rd you have TWO shows, Cung Le is back!!! vs the Count!!!! then Woodley vs. Stun Gun, no WAY that goes the distance. then that very night you have Dos Anjos vs Benson. wow.
Asteroids do not concern me, Admiral. I want that ship, not excuses.
Top 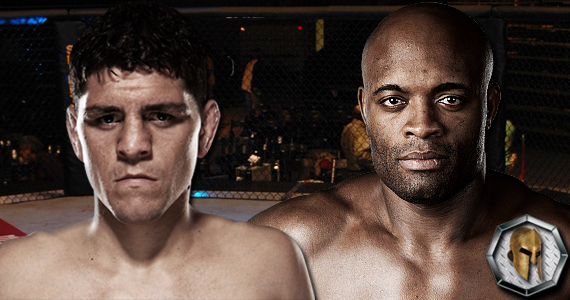 Meh, it was edited 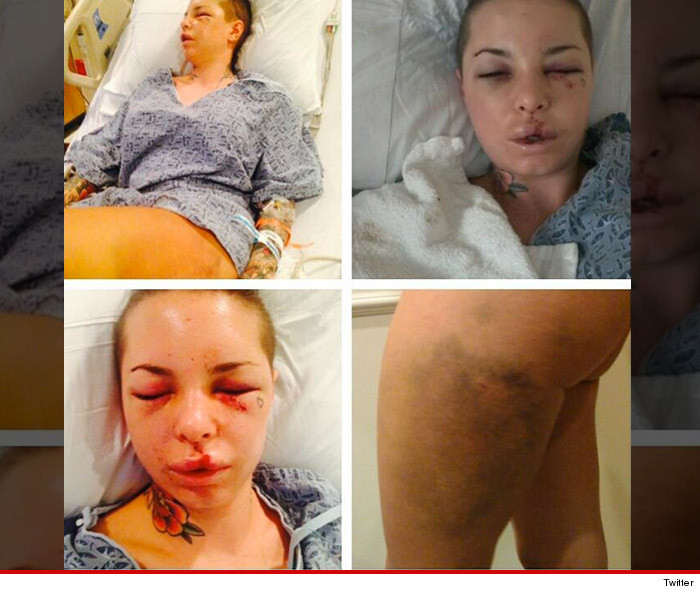 The woman MMA fighter War Machine allegedly beat to a pulp says she was actually pummeled within an inch of her life.

War Machine threw the friend out of the house and then she says he allegedly made her strip and shower in front of him. Then she says the beating began ... resulting in 18 broken bones around her eyes, a broken nose, missing teeth, a fractured rib and ruptured liver.

Mack says War Machine also "sawed much of my hair off with [a] dull knife."

She says he threatened to rape her but was unable to perform.

Mack says she ran out of the house naked, begging neighbors to help her. One did and took her to the hospital, where she remains.

"At about 2 a.m. Friday morning, Jon Koppenhaver arrived announced to my home in Las Vegas, NV. After he broke up with me in May, he moved out of my house and back to San Diego. When he arrived, he found myself and one other fully clothed and unarmed in the house. Without a single word spoken, he began beating my friend; once he was finished, he sent my friend away and turned his attention to me. He made me undress and shower in front of him then dragged me out and beat my face. I have no recollection of how many times i was hit. I just know the injuries that resulted from my beating. My injuries include 18 broken bones around my eyes, my nose is broken in 2 places. I am missing teeth and several more are broken. I am unable to chew, or see out of my left eye. My speech is slurred from my swelling and lack of teeth. I have a fractured rib and severely ruptured liver from a kick to my side. My leg is so badly injured, I have not been able to walk on my own. I also attained several lesions from a knife he got from my kitchen. He pushed the knife into me in some areas including my hand, ear and head. He also sawed much of my hair off with his dull knife.

After some time, the knife broke off of the handle and continued to threaten me with the blade. I believed I was going to die. He has beaten me many times before, but never this badly. He took my phone and cancelled all of my plans for the following week to make sure no one would worry about my whereabouts. He told me he was going to rape me, but was disappointed in himself when he couldn't get hard. After another hit or two, he left me on the floor bleeding and shaking, holding my side from the pain of my rib. He left the room and went to the kitchen where I could hear him ruffling through my drawers. Assuming he was finding a sharper, more stable knife to end my life, I ran out the back door, shutting it behind me so the dogs did not run inside to tip him off. I hopped the fence to the gold course behind my house and ran into a neighboring house. naked and afraid he would catch me, I kept running through the neighborhood running through the doors. Finally, one answered and I was brought to the hospital and treated for my injuries.

I would like to thank everyone for their support through this rough time. I am healing fast and well, and I appreciate a lot of the prayers and visits I have received over the past few days. After many months of fear and pressure to keep this man happy, although I fear for my life, I feel that I can no longer put myself in this situation. The cheating by him nearly everyday, and almost weekly abuse, is now more than I can stand. There is a $10k reward for the capture of Jonathan Koppenhaver at this time. Please report any information to your local police. It's his own damn property

What a dumb fuck. Have fun in prison
Top

sad news. he was a nut to begin with, prison did NOT help his anger problems obviously.
Asteroids do not concern me, Admiral. I want that ship, not excuses.
Top

the UFC's youngest fighter is a....wait for it.....bangin hot blonde?! REALLY....intriguing to say the least... 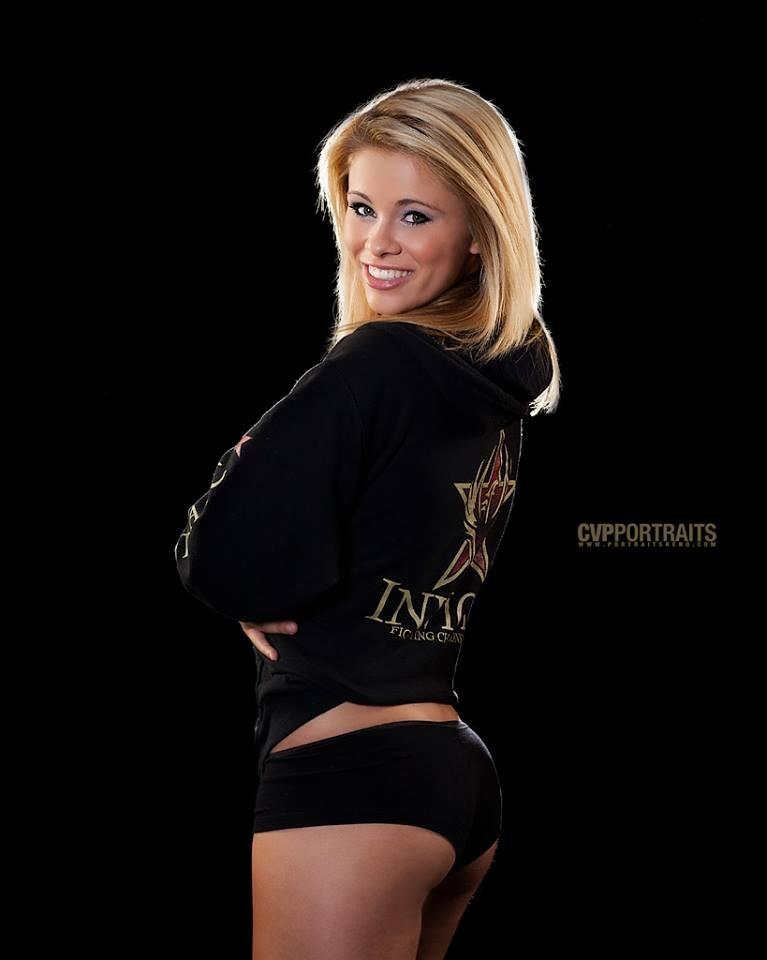 Very disappointed to see Barao not make weight. It could have been an awesome fight. Soto displayed a valiant effort and surprised many, but Dillishaw is peaking at the moment. Little dude is a beast.

I missed the other fights but will watch once I get a chance.
Top

and in other PPV news it looked like the Jones vs DC fight postponement was going to kill the 178 card at first but now at a second glance it has the potential to be the card of the year!!! Dominic Cruz on Fox!!! in his comeback fight. I miss watching him throwdown. plus Cote, Thompson, Ebersole & Masvidal all free before the show starts? not too shabby.

Main card looks SICK that night too. I'm feeling Conor, this Irish kid is looking to do some real damage in the Featherweight divison. Alvarez is FINALLY in the UFC and his first battle is with Cowboy?! just wow.... Mighty Mouse should dispatch Cariaso quickly. Cat Zingano is back, let's see if she can impress, maybe she finally gets that shot at Ronda next year. with a dominant performance I say yes. I personally think the Tim Kennedy vs Yoel Romero 3 rounder has fight of the night potential. I've been watching them very closely and it should be a match made in wrestling heaven. can Romero toss Tim around like a rag doll? I mean that's what he's been doing lately but what happens when he hits an immoveable object? US Special Forces don't break for anyone.

almost to the main event now, very surprising evening to say the least!! I don't wanna spoil anything but let's just say the entire night could be summarized VERY quicky lol. Jacare is up next!!!
Asteroids do not concern me, Admiral. I want that ship, not excuses.
Top

Big Foot? you got KNOCKED DA FUCK OUT MANNNNNN!! Andre started to wild out too "FUCK BRAZIL!!!" then his jiujitsu coach calmed him down before he started a riot lol.

can't wait to see my girl fight this weekend!!! 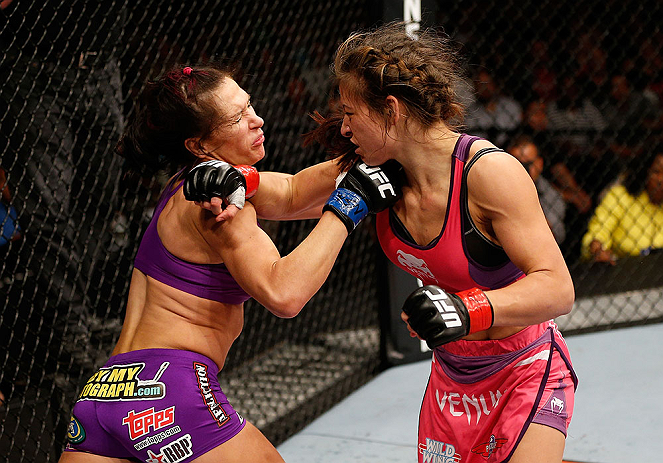 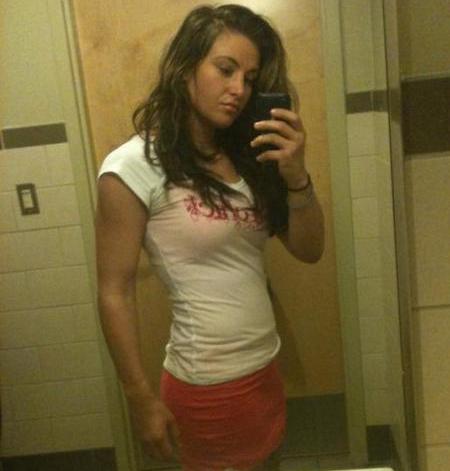 N.Y.H.C. wrote:Big Foot? you got KNOCKED DA FUCK OUT MANNNNNN!! Andre started to wild out too "FUCK BRAZIL!!!" then his jiujitsu coach calmed him down before he started a riot lol.

Damn looks like the pit bull is back on the juice!!!

I gotta check this one out I missed it. Chose Mayweather/Maidana II instead
Top
Post Reply
187 posts