Indeed.
Dancing on the roof of some cartoon showroom
Top

How so?? The bass line?
Listen to All Them Witches
Top

The rhythm section has the slightest similarity to it.
"I'm kind of a big dill." - Schlong Burgundy
Top

it was the first track i started my new album listening ritual, since i knew fear inoculum and i was so hungry for new music, loved the intro felt like i'm in Los Angeles watching the ocean, and the moment i first heard.... that... after sun becoming it was the absolute feeling of Tool came back, reclaiming their territory.... also the track that caused me physical symptoms like my chest started to pulsate in weird rythms and i almost felt suddenly i will cry or choke up... it had effects on me i never had with any kind of music but it wasnt even a feeling i didnt think about anything, it was just this weird phisical symptoms... or was it the wine... nah
also the Alex Grey plays Pneuma in the Nevada desert video gets me every single time
Top

I listen to this song wayyyy too loud. Gotta make a hearing appointment soon.
SteveBobSteve
Top

snazzlefrass wrote: ↑
Sun Sep 22, 2019 5:11 am
I listen to this song wayyyy too loud. Gotta make a hearing appointment soon.

I’m no Dr. Pepper, but I’ll say keep this one at high volume.

Turn it up or turn it off!
Dancing on the roof of some cartoon showroom
Top

I like this guy's tabs on this song. Thx kitaan

Yeah this guy is who I use for all new tool songs. He plays it like it’s nothing and I’m clinking around trying to get through the intro. Very good video editing on his culling voices one too.
Top

Hey! In honor of the Friday here's some more folio to chew on for Boldizar <3
Have a nice weekend everyone!

It is time for Pneuma, a song that might just be the best individual piece of the album. At first it sounded very contradictory and really did not fit pleasantly to every situation (and it still doesn’t), but it has a load of substance: the instrumental performance is done spot on and Maynard does a heck of a job on the vocals; one might even claim this could be the best vocal performance he has ever done on album. I decided to divide the texts in two parts to make them more easily readable. This first part is focused more to the technical side of the tune while the second will be a text describing “a trip of psyche” inspired by the musical story and the landscape it paints into my mind.

Lingering overture gives a promise to expect growth, slow and unhurried. It even gives a hint of a possible climax. A bursting release of tension that will build during the consciously prolonged pleasure of the following nearly twelve minutes of sounds.

When the piece really begins, it sounds very familiar: instruments playing with their individual rhythms make the metronome inside my head stumble and fall for a few moments. Deep vocals bouncing here and there, virtually erratic, raise fond and familiar memories from the past albums. Guitars and their intonations remind of the melodies from Schism, buried deep in the unconscious parts of the brain. The instrumental performance and convincingly breaking vocals do not care about the illogical sensation of the listener. They swirl and dance gracefully through the verse, but the steps are hard to follow for a regular consumer of music like me. That is what I love though, hard and compelling. Because then I’ll be granted an opportunity to learn something new. Is there a different substance to be found in all this? Some mathematical or numerological meaning? I wouldn’t know. I’ll let someone wiser to ponder on that, maybe a mathematician. I won’t walk that path, not yet.

After the verse has offered a wonderfully rhythmic stumbling sensation, my mind has time to rest for a bit during the straightforward interlude. The riff could be from my guitar. I don’t own one, but anyway: the interlude sounds surprisingly basic after the kinky circus of cadence during the verse. While the surprise is great and it got me thinking: what just happened? Did they throw the younger generation on stage instead of the proge veterans I was listening to? The interlude still sits pleasantly between the bumpy verses.

The interlude which gave a random first impression now shows it’s true purpose after another round of pleasurable bumpiness: it’s a seedbed, slow, delicate but steady base to build the climax upon. The prolonged growing march of sounds that begins marks the most controversial moment in this tune for me: when the instruments and general soundscape grow to remind me of a rhythmic palpitating sound of a loosely running motorbike and to a bulldozing wall of sounds… It begins to irritate. Some times. And sometimes it doesn’t irritate. Other times it sounds very good. What is this? This might be the first sign that the album needs a particular moment and mindset, a certain company and environment to be fully enjoyed. The first track of the album didn’t give out this sign and was almost practically fitting for any situation A piece that you’d listen to fairly easily and with what to softly promote the upcoming album release. In that regard it was a splendid choice to be the first single!

The pleasure is more easily obtained after the erratic rhythm makes it’s return. It’s played louder and felt deeper. One more time! But where is the climax? Where is the eruption of pleasure? Did this end prematurely? Yes, it really did, but there is yet time. There is no hurry and the journey has just begun. Does the tension that you’ve built with such patience always have to be discharged in a violent and liberating way? Or could you just enjoy the growing tension for what it is without an expectancy of fulfillment? Could the Journey you took together be more important than the goal?

I think it could. And should.

Oh my.
Have to disappoint you once more

This song gets better and better with each play through. It's currently getting the most plays from me.
Top

… so many good things in this songs. Take that moment in the quiet section with that lovely Bass and soft drums in the background and they smoothly pick up pace. Lovely.
Top

I find myself listening to it a few times a day.... however right when i think its my favorite on the album, i hear literally any other song on the album and im suddenly reminded why this is such a complete album.
Top

But how do you know you’re the one who has played it The Most?
Ki77aan

I've been playing it on repeat since the album was leaked.
Canned audience laughter
Top

But how do you know you’re the one who has played it The Most? 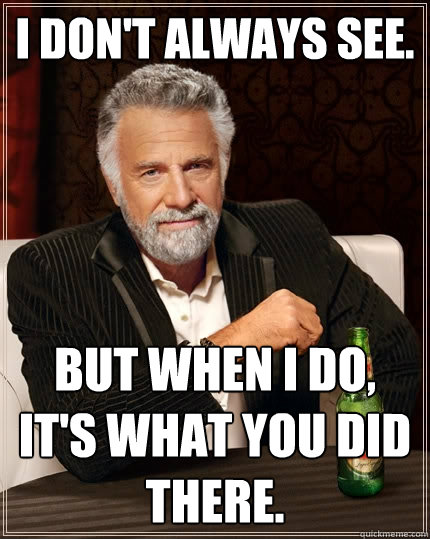 Daddy's back to plague you with his ramblings. This is the last one... Promise. Of Pneuma at least.

For the first couple of times when I heard this piece I purposely tried not to focus on Maynard’s deep lyrics and avoid the sometimes very heavy burden they bring when trying to interpret the message hidden in them. I took my thoughts on a journey accompanied only by the musical landscape and my intuition. And so I drifted up to the black emptiness among the planets…

I traveled beside the Voyager to the rim of our solar system where we stopped and shared our last gaze towards The Pale Blue Dot. Towards our microscopic home riding on a sunbeam through the boundless universe of endless darkness, among eternity.

As our longing glance turned away from our warm and already distant womb we kept on slipping towards the great unknown and still strangely familiar blackness, accompanied by the technological greeting we brought along to be seen and heard by something or someone we might encounter. We traveled to the bottomless bosom of space and time, welcoming and daunting. To a place where the collective memory of mankind cannot reach. To our forgotten origin. To the violent factory of endless continuum of life and death, roaring with deafening sound in particle level. It is the place we begin: in dying giant stars exploding as supernovae. Beyond billions of years, travelling as elements and stardust. Swimming through black and bottomless abyss and finally colliding with each other in a graceful but chaotic dance governed by universal laws of physics. Uniting, impregnating and springing to life;

“We are born of one breath, one word
We are all one spark, sun becoming”
M.J. Keenan

I could not avoid the chills going down my spine when thinking of the legendary speech by Carl Sagan to his students in astronomy. It’s a speech pompous and humble and so very current even today...
https://youtu.be/GO5FwsblpT8

In my mind Pneuma embraces the same topic as Sagan’s speech. It takes it further beat by beat, towards the beginning of everything. Gently waking up the child, sometimes shaking him by the shoulders:

Open your eyes, child. Remember! Don’t be afraid. Because you are everything and everywhere. You exist as much as a grain of sand, starlight, gravitation and the silent rumble of the vacuum of space. Here is where you belong, you have your rights and obligations. As you are born as a free child of the stars but you have nailed your own foot down and chained your spirit to draw an eternal circle. Covered your face with masks to be accepted by the blinded eyes of your fellow spirits, looping on the same perfect circle. Tear yourself free! Reach beyond the prison of your flesh and see the world with your eyes wide open, shining the blinding light of an exploding star.

In my opinion Pneuma carries on the thematics of past albums: awakening and growth of a human being. Who is the entity speaking the words that call for awakenment? The experienced musician laying drowsily on the couch? The revisiting being travelling through multidimensional space, who planted a mixed feelings of panic and love in the young and undeveloped mind of a juvenile poet? Or is it the universe itself and all that is? In any case, something needs to wake up again after the calm and possibly deceitful feelings of self contentment.

Thanks go to:
Becky “The Grammarian” Smith
Laura “The Inspirer” Collins
<3
Daddy Thinks


I traveled beside the Voyager to the rim of our solar system where we stopped and shared our last gaze towards The Pale Blue Dot. Towards our microscopic home riding on a sunbeam through the boundless universe of endless darkness, among eternity.


I thought I saw someone else there when I travelled to the same system during this song. If I'D known it was you I would have said hello
Listen to All Them Witches
Top

But yet, tell me the feeling reflected in the beads of dew, dangling gently on the grass blades in that cold autumn air.
I know the pieces fit, I studied the numbers in Southern France.
Top

Tis but the seasons fragility, calling softly into being a deep abiding chill.
"She's a very charming and delightful creature, and has only one fault that I know of. It happens, unfortunately, that that single blemish is a want of taste. She don't like me."
Top